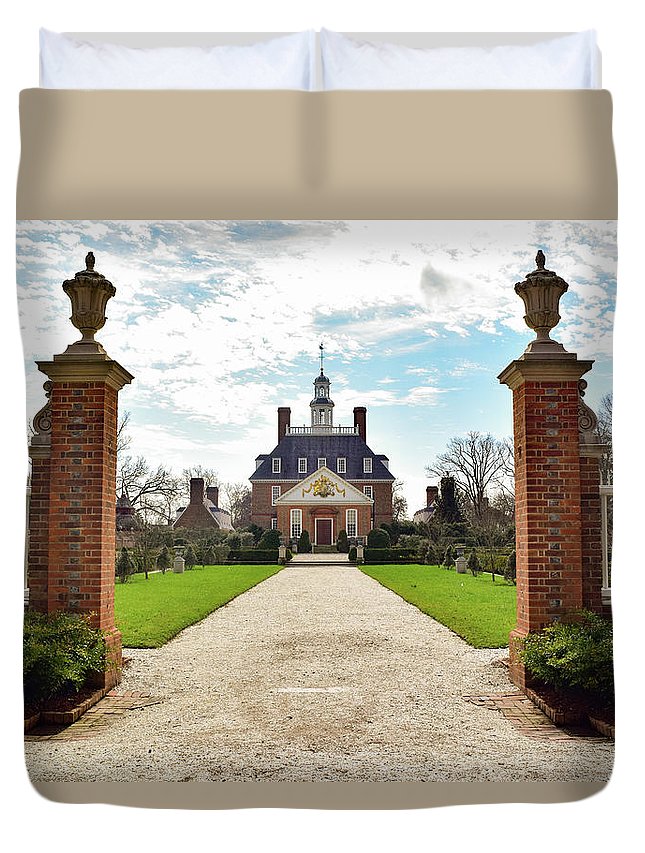 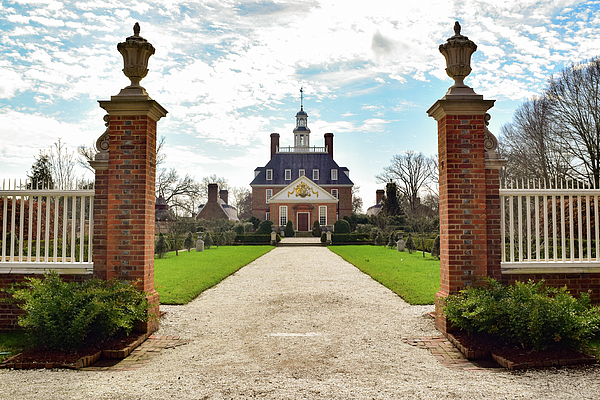 Boundary: Bleed area may not be visible.

Click and drag to re-position the image, if desired.

The image is near the edges of the product but doesn't cover the entire product.   Some of the background color may appear around the outside edges of the image.

Queen duvet cover (88" x 88") featuring the image "Governor's Palace in Williamsburg, Virginia" by Nicole Lloyd. Our soft microfiber duvet covers are hand sewn and include a hidden zipper for easy washing and assembly. Your selected image is printed on the top surface with a soft white surface underneath. All duvet covers are machine washable with cold water and a mild detergent.

The Governor's Palace in Williamsburg, Virginia was originally built from 1706 and on. It served as the residence of the royal governor until the... more

The Governor's Palace in Williamsburg, Virginia was originally built from 1706 and on. It served as the residence of the royal governor until the Revolution, when Patrick Henry and Thomas Jefferson each lived in the palace for a short amount of time until the capital of Virginia was moved to Richmond. The original building burned down in 1781, but was rebuilt in the 1930's using surviving pieces of evidence to maintain architectural and historical accuracy.

Hello! My passion for photography started somewhat young - around middle school - mostly with sports. While I never took any formal classes, I have had a camera in my hand non-stop since then, and my interests and abilities have greatly expanded. I am a physical therapist during the work week, but I spend my nights and weekends pouring into my photography passion. I am hoping visitors to my page can see the love that I put into my work.